The second book in my HELLSBANE series, HEAVEN AND HELLSBANE releases August 27 2013 ! 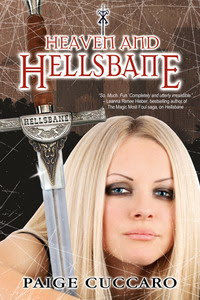 To celebrate I'm giving away some awesome prizes!

How about this? All month long I'll be showing some love to my fellow Entangled Publishing authors, by posting ALL NEW writers caves from some of your favorite new authors! Plus blurbs from their latest releases and links to excerpts and contests!
Worth stopping back for? Bookin'-yeah!

So sign up for a chance to win and check back for more fun each week!