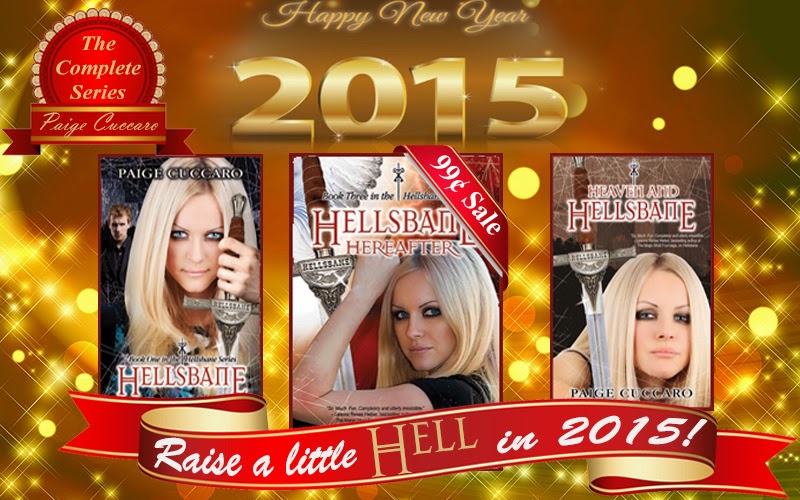 Ring in the New Year right. Now you can get the complete HELLSBANE series!

Taking sides could be deadly...
The war between good and evil is on, and nephilim Emma Jane is caught in the middle. Both sides want her working for them. And both sides know how to make her suffer if they don't like her choice. Now someone has raised the stakes and is using innocent humans as pawns in the ultimate fight for humanity...
Emma Jane isn’t sure which side is responsible. What she used to believe about right and wrong, good and evil—even what she used to believe about herself—is changing. Because whether she likes it or not, the final reckoning comes down to Emma Jane Hellsbane. And she'll have to choose between humanity...and the man she was never supposed to love. 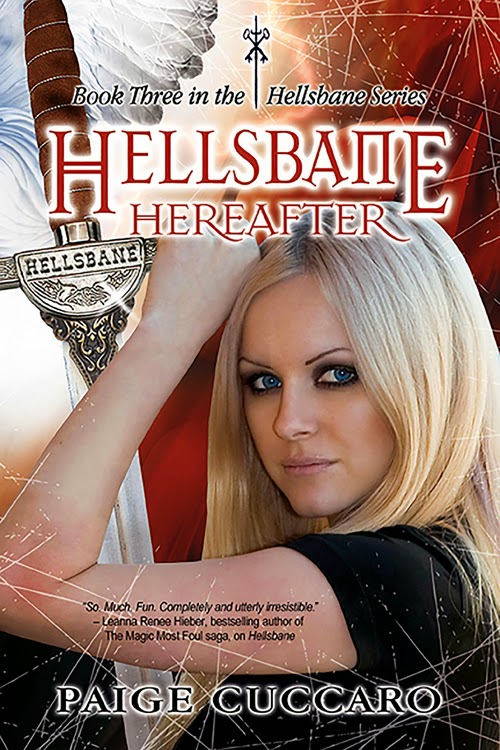 
"What if, in the end, I never really had a choice? What if, because of my father, I was born to go bad?"
FREE EXCERPT!


“Michael said—”
“Michael will say whatever he must.” He cut me short. “His work is paramount. He is guided by divine decree. But, Emma Jane, the truth is his mistress and he can twist and turn her to fit his needs.”
“I know.” Good God, I knew better than most that angels take great liberty with the truth. “But he’s not lying about this, or twisting things. I can…I can feel it. You can go home again if you want it.”
“I can’t. At least not by Michael’s hand alone.”
“Eli, just listen to me—”
“It’s not up to Michael.” His broad shoulders rose and fell with a deep sigh, and he began again. “Michael is powerful, perhaps the most powerful of all seraphim. But he is only a seraph. My absolution is not his to give. Only our Father can welcome me home again. No one else.”
“And Michael has your Father’s ear,” I said.
Eli’s lips pressed into a flat line, and he shook his head, looking away. “It’s a fool’s hope.”
“But it’s possible. All you have to do is ask for forgiveness…and, y’know, stop sinning.” My face warmed.
He raised a brow. “Is that right? And by sinning you mean lying with you?”
I nodded, swallowing the sudden thickness in my throat. Just the thought of being with him, the way his tone warmed, the look in his eyes, made my body stir. Not good if we were going to stick to that no-sinning thing.
“And you’re all right with this? You no longer want to share my bed?” He stepped closer.
I shrugged, pretending it was no big deal. But what came out sounded more like desperate denial. “I mean, well…y’know…”
He stepped closer, his hands going to my hips, and my breath caught, my heart jumping in my chest. “Eli…”
“What if I don’t want to stop?” His voice washed over me, a soft, soothing caress. “What if there’s nothing more I want than to have you in my bed, to feel your body next to mine?”
“You’re only saying that because you don’t believe you can go back.” I couldn’t stop the stupid quaver in my voice. My mouth was so dry it was hard to swallow.
His arms slipped around me, big hands splaying at the small of my back, pulling me to him. He leaned down, whispering against my ear. “I say that because I want you in my bed. I want to feel your body next to mine. I want to feel my body inside of yours.”
I exhaled a shaky breath, and everything inside me melted. “That’s not fair.”
“No. It’s not.” His breath warmed against my neck, his lips pressing softly again and again, trailing kisses down to my collarbone. Each touch was like gasoline on a fire, and heat flamed through me, my mind spinning.
I knew I should pull away, make him stop. I couldn’t. I sighed, resigned to the inevitable.

Download HELLSBANE HEREAFTER and the rest of the Hellsbane series before the sale ends!

Posted by Paige Cuccaro at 4:27 PM